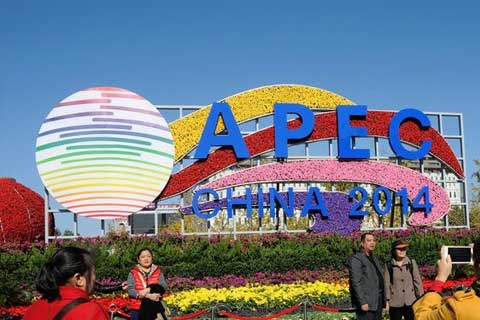 Asia-Pacific Economic Cooperation (APEC) is an institution which promotes regional cooperation in the Asia-Pacific. It was established in 1989 and now it has 21 member economies, including China, Japan, Australia, Russia and the United States. These economies account for approximately 40 percent of the world's population, and roughly 55 percent of world GDP. Policy dialogues at APEC are typically centered on trade liberalization and the facilitation of investment. This year’s APEC summit is hosted by China under the theme, “Shaping the Future through Asia-Pacific Partnership." The country last held the summit in 2001. The summit brings together heads of government from all member economies and is viewed as a program which contributes to confidence-building within the region.